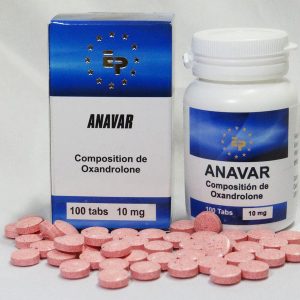 Drug class: Oral Androgenic Steroid/Anabolic
Recommended average dosage: Between 20 and 50mg/day for men and between 5 and 15mg/day for women
Active life: Between 8 and 12 hours
Water retention: Rare
Toxic to liver: Yes, but between low to medium.
Decreases HPTA function: Dependent on the dosage
DTH Conversion: Low

Anavar or Oxandrolone was first developed in 1964 by Searle Laboratories to combat and treat conditions like rapid weight loss and muscle wasting like many other anabolic steroids. Compared to other anabolic steroids, Anavar is considered to be the safest for use for both males and females, and its used quite extensively by athletes.

When is Anavar the Right Choice?

Anavar is not meant to be used for excessive and quick muscle mass growth. It is a mild anabolic steroid that is meant to be used as a performance-enhancing drug. Anavar is popular because it can result in an increase in solid and lean muscle tissue. This steroid has great muscle preservation properties and can preserve muscle tissue while reducing body fat even in a calorie-restricted diet. As muscle tissue is preserved and increases in comparison with the body fat, metabolic activity also increases, which further increases the rate at which body fat is burned up and used.

However, there are some side effects associated with Anavar as with all other anabolic steroids. As it is an oral steroid, it is a C17 alpha-alkylated medication, which allows it to survive while it enters the bloodstream. This is why it can also be toxic to the liver but as the steroid is so mild, the liver function appears to be unaffected in most users.

High doses of Anavar can cause acne and many estrogen-related side effects. As the drug does not aromatize, Gynecomastia is not a side effect. It can cause excessive facial and body hair growth, deepening of the voice, and clitoral enlargement in women. In low doses, however, Anavar has very little to no side effects.